in Trading
Reading Time: 4min read
A A
0

Similarly, Musk earlier tweeted “Release the Doge!” accompanied by a meme from The Godfather movie. The price of Dogecoin responded by painting a big green hourly candle.

At this point, it’s clear that Musk is unconcerned about the potential threat of SEC action on charges of manipulating crypto markets. However, it’s about time we all acknowledge that cryptocurrency has a big Elon Musk problem.

If you thought the doge meme craze was starting to die down, you were wrong. Baby Doge launched last month, joining a sea of other canine-inspired crypto projects all vying to dethrone the original.

DogeFather, Elon Musk, really set things off as he tweeted about Baby Doge in the context of a popular children’s song. 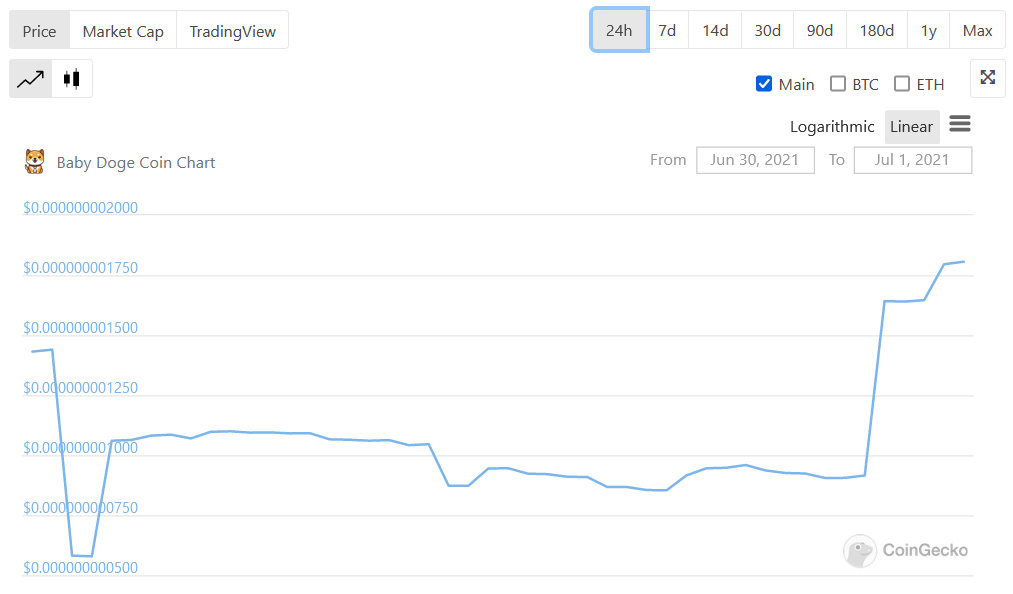 In response to Musk’s tweet, the Baby Doge team replied by saying “We love you Elon!” Then later tweeting another, similarly sycophantic, message, this time about self-mutilation to get Elon on board with Baby Doge.

I would cut off a limb to work with you Elon pic.twitter.com/zcQErQ7xoz

Musk is no stranger to SEC action. In 2018, he and Tesla paid $40 million to settle charges of securities fraud. The U.S regulator also forced Musk to step down as Tesla Chairman and required Tesla to vet all of his public communications.

The controversy stems from Musk tweeting about taking Tesla private at a price substantially above the current share value at the time. Although no specific deal terms were mentioned, and the event was dependent on a shareholder vote, the SEC deemed his actions in violation of securities law.

“The SEC also today charged Tesla with failing to have required disclosure controls and procedures relating to Musk’s tweets, a charge that Tesla has agreed to settle.”

Nonetheless, things are starting to boil over once again as the SEC says Tesla failed to stop Musk tweeting about barred topics, including solar roof production volumes and sales figures.

Tesla said they don’t have clarification from the SEC on which topics are off the table. Cryptocurrency lacks the same stringent framework as legacy markets, meaning there are many more areas “open to interpretation.”

Figures such as economist Nouriel Roubini and Fox Business anchor Stuart Varney, have accused Musk of manipulating crypto markets with his tweets.

Roubini called this irresponsible and criminal behavior. The question is, why then have the SEC not acted?

Yankun Guo, a partner at Goldstein & McClintock, who specializes in securities law says it’s unclear whether Musk is manipulating markets. Guo adds, unlike other personalities who have fallen foul of the SEC in this respect, Musk was not paid by any project to boost its price.

Get an edge on the cryptoasset market

Access more crypto insights and context in every article as a paid member of CryptoSlate Edge.

A deep look at the fast-growing, play-to-earn crypto sector

Trouble eating, sleeping, and being social? You may have crypto addiction

Crypto Carbon Trading Is Racing to Clean Up Its Act; Cryptos Drop Even as Stocks Rise