Cryptocurrency investment products had yet another bad week, with outflows totaling $141 million in the past week, CoinShares has revealed. Bitcoin saw the highest outflows as it struggles to break from the $30,000 price range, with investors now increasingly preferring multi-asset investment products.

In its weekly report, crypto asset management firm CoinShares revealed that Bitcoin saw $153.5 million in outflows, the highest by far of any crypto. However, despite the outflows, month-to-date and year-to-date flows for the top crypto remain net positive at $187 million and $307 million respectively, showing that investors are still confident with BTC despite some skittish hands exiting the market in recent weeks.

The outflows come as Bitcoin continues to be rangebound around $30,000. In the past day, BTC has gained 1.2 percent to change hands at $30,265. After a slump over the weekend, its trading volume gained by 33 percent to hit $25.6 billion. 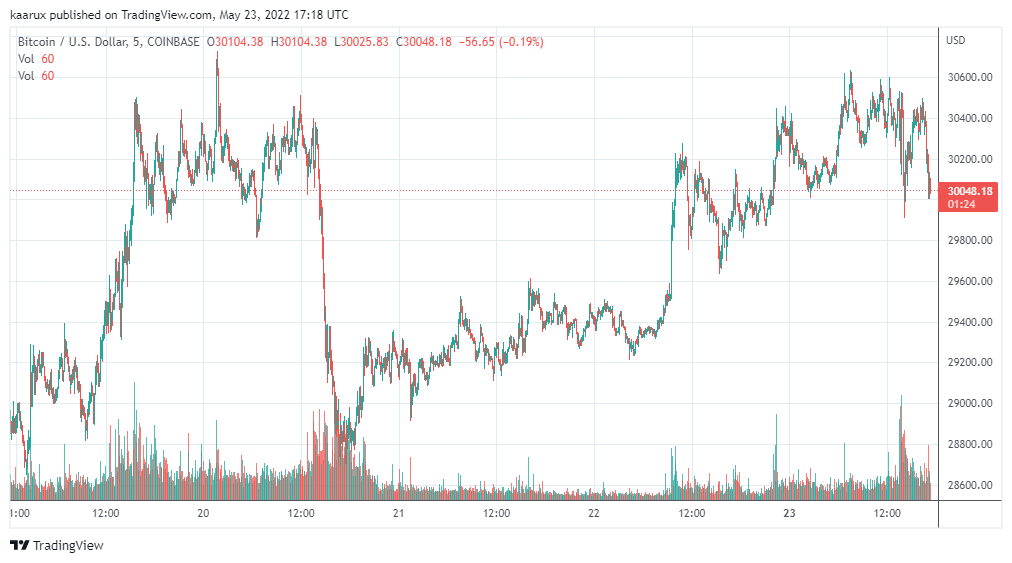 Ethereum also saw net outflows in the past week, albeit a mere $200,000. Polkadot, XRP, Cardano, Litecoin and Solana all saw net positive flows in that time as some investors bet on the altcoins bouncing back faster and stronger than the top two.

The biggest winner over the past week, however, has been multi-asset investment products. These products, which bet on and hold several different cryptos at once, are seen as a better investment since they distribute the risk around different projects. In the past week, they saw close to $10 million in inflows, the highest of any crypto product. Year-to-date, $185 million has flowed into these products.

Grayscale remains the asset manager with the highest AUM at $25 billion. The Digital Currency Group-owned asset manager is the world’s largest single BTC owner through its Grayscale Bitcoin Trust (GBTC), a product that it’s trying to convert into a spot Bitcoin ETF. The SEC has so far remained firm against this move, but Grayscale isn’t giving up and is still trying to lobby the regulator to rule in its favor.

Read More: Grayscale threatens to sue the SEC if its Bitcoin spot ETF is rejected

In its latest move, Grayscale has plastered ads all over the Washington DC’s Union Station with the message, “We took over the ads in this station because we care about crypto investors,” as Axios reports. 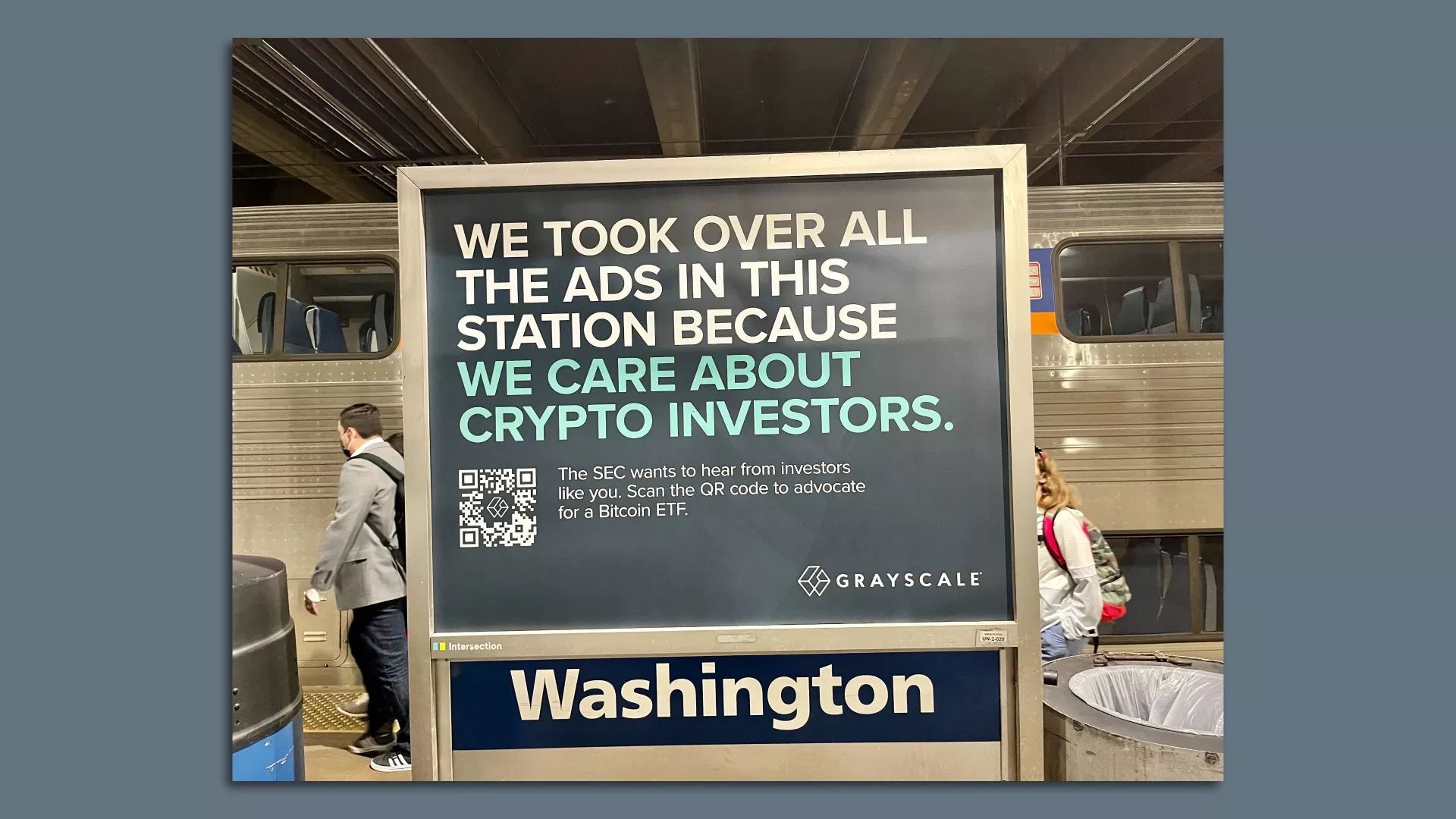 The ads also contain a QR code that when scanned, redirects one to the SEC website where they can submit their views in support or opposition to the Grayscale BTC spot ETF application. The deadline for the SEC to give its verdict is July 6.

Our priority will always be advocating for investors, and this campaign embodies that commitment. We designed an out-of-home campaign to make it even easier for investors to share their thoughts on if there should be a spot bitcoin ETF in the United States.

Do NOT buy these cryptocurrencies during this bear market

Crypto and digital asset issuers to get VAT exemption

MakerDAO to invest $500 million in U.S. securities and bonds

Reports Claim Russia Defaulted on Foreign Debt for the First Time in a Century, Kremlin Disagrees and Says It Paid – Economics Bitcoin News